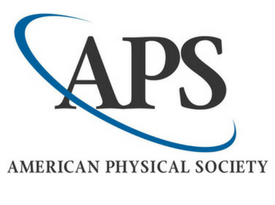 SAVE THE DATE! In October 2014, a multigenerational group representative of the New London community will gather at the CGA along with Coast Guard Command leaders to experience the relevance of physics in the Coast Guard’s mission. The day is the brainchild of LCDR Royce James (Ph.D.) and Professor Eric Page, authors and award recipients of a ~$10K American Physics Society (APS) Outreach grant, which will fund the event. The grant, entitled, “On the Sea, From the Sea, Of the Sea: The Physics of Maritime Governance,” is in reference to the CG Commandant’s 2013 directive, which outlines the Coast Guard mission to ensure safety on the sea, security from threats delivered by the sea, and protection of the sea itself [1].

Participants in the October event will explore how physics is needed to achieve these critical Coast Guard missions by rotating through six interactive learning stations and applying the latest pedagogy supported by Physics Education Research (PER). Using an automated response system (“clickers”), participants will individually predict answers to conceptual questions, such as the outcome of a demonstration to be performed or a mini-experiment they will do. People then discuss their predictions with other members of their group and resubmit their answers before seeing the experiment. The process helps eradicate misconceptions and engenders deeper understanding and retention of the concepts [2]. While such inquiry-based physics education among college-level peer groups is commonly studied in PER, its success in multigenerational groups is largely unknown and will be explored by the day’s events.

The first two stations will investigate how physics helps ensure safety on the sea. Participants will apply Geospatial Information System (GIS) technology to a maritime incident, such as search and rescue, terrorism, or a chemical/oil spill, to visualize the situation and its spatial influence, and then make informed decisions on a course of action. At the second station, three modes of propulsion – sail, propeller, and potential future magnetohydrodynamic (MHD) systems – will be introduced, followed by the groups engaging in a hands-on contest to design the most efficient propulsion system.

Exploring the role of physics in the Coast Guard mission of port security from threats delivered by the sea, stations will be dedicated to nuclear terrorism and the potential role of lasers in interdiction. Participants will learn about nuclear threats and then use radiation detectors to search for and find (simulated) sources hidden and shielded on a makeshift ‘ship.’ Participants will also learn how high-energy lasers may be used in the future to stop vessels with drug smugglers or terrorists, and will then explore impediments to implementing this technology. Participants will rank the relative importance of such impediments, such as various atmospheric conditions, and then see their predictions tested by laser demonstrations and other means.

To educate how the Coast Guard uses physics to protect against threats to the sea, stations will focus on the physics of oil spills and green energy. Through simple experiments, participants will study fluid concepts and discover how wind, waves, and physical properties of the oil will influence the depth and spread of a spill, and consequently the effectiveness of countermeasures such as oil recovery, booms, and chemical disbursements. At the green energy station, participants will learn about the principles of physics involved and compete with other groups to create an efficient way to extract energy from the sea. The winning group receives recognition and bragging rights.

The purpose of the day’s events is multifold: It will educate in physics, increase awareness of the value of science in the Coast Guard mission, and foster Coast Guard-New London public relations. In addition, it will promote interaction among representative New London groups spanning several generations from preteens to working adults to retirees, and will allow the study of the success of inquiry-based physics education in multigenerational groups. The day promises to be fun and educational for all.