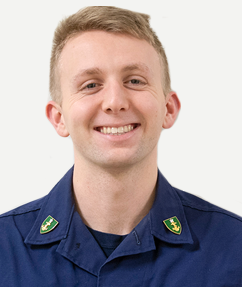 School is starting up all around the country and we have just arrived back here at the United States Coast Guard Academy to kick things off for the fall semester! I am excited to be back as this year will be a change from the challenges of 4/c year which, though mentally stressful, are mostly effort based when it comes down to it. I learned many valuable lessons in time management, discipline, and military bearing, but this year is for learning how to act as a role model and eventually a leader.

I wanted to take this time to discuss the first half of my summer (aka First Phase) where I sailed around Europe for give weeks! The weekend after finals, we met our new EAGLE divisions which consisted of six 3/c cadets and 1 1/c cadet who served as the division officer. My division was made up of some friends and some cadets who I had rarely encountered. We all got along very well, and before we knew it, we were flying to Germany to meet the USCG EAGLE, America’s tall ship. We were bussed up to Kiel where I had liberty the first day and I explored the city on foot, eating ice cream, authentic German food, and I even took a ferry across the harbor to a beachy area where I ate tapas with friends! The area was beautiful, and the people treated us like family, many spoke English and were interested in the amazing trip we had just embarked on.

We sailed for a few days until we reached Copenhagen, Denmark. While we sailed we learned the ins and outs of the ship with our divisions as we prepared to make the boat our home for the foreseeable future. We stood break-in duty watches as we learned how to properly serve as a lookout as well as how to conduct rounds of the boat, checking the various compartments containing wastewater, the engine, the generator and potable water. It seemed we were busy all the time, whether we were shifting the sails to get us moving in the most efficient manner or mass cooking and doing dishes. We slept 15 boys in one berthing area, and it was a challenge to keep everything in that compartment organized.

Arriving in Copenhagen was super difficult because we had to travel down a river for five plus hours, go under multiple bridges with super tall masts, and stay within the channel markers. The margin of error was super thin, but the combination of the crew, cadets, and officers worked like a well-oiled machine getting into the port on time and safely. Copenhagen was truly the bike capital of the world. I traveled around with my friends on foot, went on a run, visited the world-famous gardens Tivoli Gardens, climbed to the top of many buildings, and even visited this amazing aquarium. It was strange having to pay for public bathrooms and for water at restaurants but sometimes you must adapt to the different customs.

The next stop on our journey was Antwerp, Belgium, my favorite stop of the trip. We reached the city after another grueling transit down a river and we tied up on the northern tip of the city. There were tons of old buildings mixed in with high rises. We got free tickets to the zoo and a famous cathedral and traversed the city on foot for two days. I rode a giant Ferris Wheel, ate way too many Nutella covered waffles, and went to a museum that discussed the Red Star Line that transported migrants from Europe to the United States in the 20th century. The day I had in port duty I gave tours and had conversations with tourists from all around the world, some even from the United States who had heard of the ship being in town and wanted to check it out. Interacting with people from all over the place was eye opening, the ship really brought people together and every little kid could not wait to get their picture taken on the bridge.

Our most memorable stop was Rouen, France. There my division and I visited the Normandy Beaches on the 75th anniversary of D-Day. I worked onboard the ship for a reception that had the Commandant, Admiral Schultz attending as well as the current Secretary of the Navy. I was able to converse with both and eat amazing food and enjoy a cool evening on the water.

Our final stop on the transit was Cherbourg, France where we took part in a tall ship festival with boats from around the globe. When we arrived, there was a huge Statue of Liberty remake next to our boat! I had in port duty the only day we were there but I still was able to interact with the super kind people of France and I even was able to talk with some fellow sailors who were intrigued by our ship.

All in all, the first phase of my summer was one that I will never forget. I went on countless adventures in foreign cities, tried amazing food, learned new words, made new friends, and learned a ton about sailing along the way. Your time on EAGLE is what you make of it, but I found it to be an amazing five week journey that I would not trade for the world.