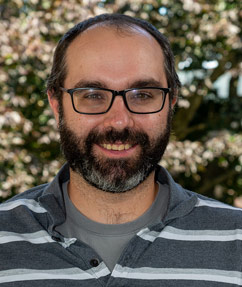 Dr. Kudlak came to the U.S. Coast Guard Academy in 2017. Having grown up in Southeastern New England, he is very excited to be closer to home. Dr. Kudlak graduated from the University of Rhode Island with his Ph.D. in 2010, where his dissertation was in the field of graph theory, studying edge colorings of graphs. Since then, Dr. Kudlak has been working in the field of difference equations, and is particularly interested in investigating systems of difference equations with non-constant coefficients. Dr. Kudlak has taught a wide range of undergraduate mathematics courses and is a member of the Mathematical Association of America. His other interests include competitive running, hiking with his dog, and spending time with his family.