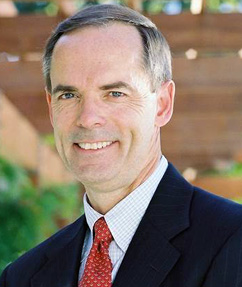 Professor Allen joined the University of Washington Law School faculty in 1996, following his retirement from the U.S. Coast Guard. During his 20 year Coast Guard career he served on four patrol cutters and in maritime safety, security and stewardship and legal adviser roles.

Professor Allen’s teaching and research interests include maritime and international law, national and homeland security law, and Arctic law and policy. He is a fellow in the Nautical Institute and the Royal Institute of Navigation and a member of the Maritime Law Association of the U.S. Professor Allen is on the board of editors of Ocean Development and International Law, the Journal of Navigation and the Journal of Ocean Technology. He is also the author of International Law for Seagoing Officers (6th ed. 2014), Maritime Counterproliferation Operations and the Rule of Law (2007) and Farwell’s Rules of the Nautical Road (8th ed. 2005).

Professor Allen has been a visiting professor at Yale Law School and the University of Oregon. For the 2011-2012 he served as the Distinguished Visiting Professor of Maritime Studies at the U.S. Coast Guard Academy and the inaugural Fellow in the Academy’s Center for Maritime Policy and Strategy. During the 2006-2007 academic year he served as the RADM Charles H. Stockton Chair in International Law at the U.S. Naval War College. In 2006, the Secretary of Homeland Security appointed him to the U.S. Navigation Safety Advisory Committee.