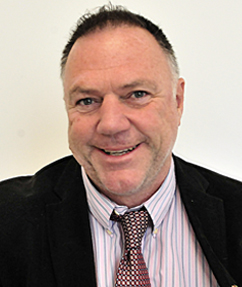 Educated at Sussex University, U.K., Dr. Foley worked for Lucas Aerospace and then worked for two years as an accountant in the City of London. Finally he returned to engineering and completed his Ph.D. at Cranfield University before working as a Senior Engineer and then an engineering manager with ALSTOM Power. Dr. Foley then worked as a consulting engineer with Rolls Royce (UK) and BMW (Berlin). In 1999, Dr. Foley changed tracks by becoming an associate professor and aerospace program manager at Coventry University (UK). He then moved to the U.S. in 2001 and began teaching, first at St Martins University (WA), and then at Ohio University, before finally coming to the U.S. Coast Guard Academy in 2005.