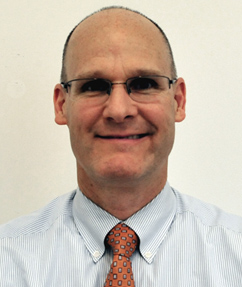 Dr. Taylor joined the faculty of the Naval Architecture and Marine Engineering Section of USCGA in 2001. He holds a Ph.D. in Hydrodynamics (1996) and a M.S. in Ocean Engineering (1993), both from Massachusetts Institute of Technology. Before USCGA, Dr. Taylor was a Research Engineer and Instructor at MIT performing computational and experimental research on marine propulsion and propulsors. His current research interests include USCG fleet propeller and powering issues and commercial vessel stability.

From 2006 to 2012, Dr. Taylor served as the Chief of the Naval Architecture and Marine Engineering major. During his time at the USCGA, Dr. Taylor has also served as Associate Editor of USCGA Center for Advanced Studies, advisor of the Running Club, member of the Superintendent’s Institutional Culture and Climate Cabinet, and Chairman of the Curriculum Committee.